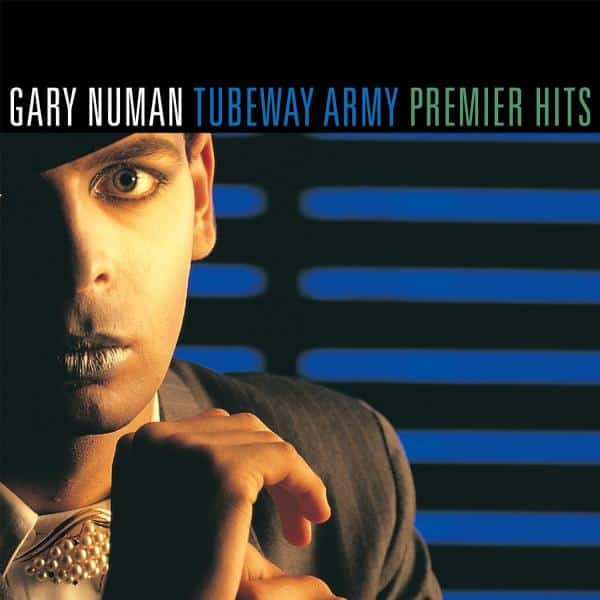 Gary Numan is a pioneer and his influence on so many artists is unmistakable. Gary’s style connects him with fans of multiple genres... electronic, industrial, indie-rock, metal, etc. He remains an innovator and his fan base continues to grow.

He’s been name-checked as an influence by everyone from Kanye West to Foo Fighters and Queens Of The Stone Age and an ever-growing list of artists have covered and sampled his music, ranging from Basement Jaxx to Damon Albarn, Afrika Bambaataa to RZA and GZA from the Wu-Tang Clan.

‘Premier Hits’ is a 21-song compilation album and this is the first time it’s been available on vinyl. This perfect introduction to the world of Gary Numan is a double LP set and contains his best-known hits including ‘Cars’, ‘I Die: You Die’, ‘Are ‘Friends’ Electric?’ and more. The LP also contains four bonus tracks, ‘Metal’, ‘We Are So Fragile’, ‘Films’ and ‘Me, I Disconnect From You’.

1. Music for Chameleons
2. That's Too Bad
3. This Wreckage
4. Films
5. Warriors
6. Me, I Disconnect from You
7. Love Needs No Disguise
8. White Boys and Heroes
9. Sister Surprise
10. Stormtrooper in Drag
We use cookies on this site. To learn more, please review our Privacy Policy.
Accept & Continue Review Policy