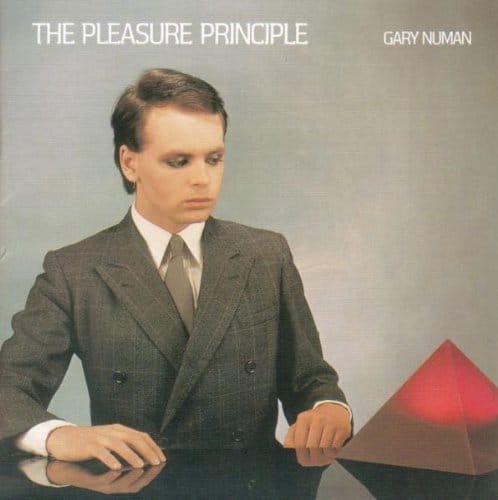 THE PLEASURE PRINCIPLE is Gary Numan’s third studio album (and debut under his own name) and marked the point where he became a huge international solo star, reaching the Top 10 in the US with “Cars” and Top 20 with the album itself. Given the conservative nature of the music scene in America at that time and the fact that the LP didn't even feature any guitars, let alone conventional song structures (“Cars” doesn't even have a chorus), this is one of those special moments in pop music when a new idea breaks through all the boundaries. The Pleasure Principle pioneered electronic pop music on a new scale, becoming a much bigger hit worldwide than Kraftwerk or anything from the Bowie/Eno Berlin trilogy. And the fact that it was so different and had such a major impact in America (crystallized when Numan performed “Cars” and “Praying To The Aliens” in front of 40 million people on Saturday Night Live) meant that there was a direct link from The Pleasure Principle to the new musical forms that were born in the USA over the next decade - namely hip hop, industrial and techno.